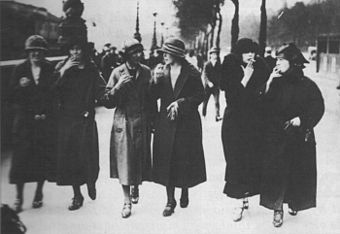 Are you talking to your PR program in a baby voice? Come on. You can do it. You will get results. I just know you can do it! If you’re not being strategic, that’s just what you’re doing: using baby tactics to achieve grown-up results in your public relations campaigns.

In 2011/12, the Public Relations Society of America (PRSA) felt the profession needed an update, i.e. to grow up. PRSA used a crowd-sourcing campaign to draw up a new definition of PR:

“A strategic communication process that builds mutually beneficial relationships between organizations and their publics.”

That’s a far cry from PR’s very first definition, created in the early 1900s when the “father” of public relations, Edward Louis Bernays, described the profession as “a management function, which tabulates public attitudes, defines the policies, procedures and interests of an organization…followed by executing a program of action to earn public understanding and acceptance.”

Bernays was a true master at manipulating the public, demonstrated by one of his most famous campaigns, “Torches of Freedom.” In 1929, as an agent of the American Tobacco Company, Bernays hired women – “good-looking”…but “not too model-y” – to smoke their “torches of freedom” as they walked in New York’s Easter Sunday Parade. This was a shock to many. Up until then, smoking in public was only the prerogative of men. Bernays hired his own photographers to make sure that good pictures were taken and then published around the world.  The women’s walk was seen as a protest for equality, with cigarettes as smoldering symbols of female emancipation.

The campaign led to higher rates of smoking among women. In 1923, women only purchased 5 percent of cigarettes sold; in 1929, that percentage increased to 12 percent, in 1935, to 18.1 percent, peaking in 1965 at 33.3 percent, remaining at this level until 1977, according to the Journal of the American Medical Women’s Association.

Of course, this campaign was nothing if not strategic. Still, it would be a long time before the word made it into official industry definitions.

In August 1978, in fact, the World Assembly of Public Relations Associations defined the field as “the art and social science of analyzing trends, predicting their consequences, counseling organizational leaders and implementing planned programs of action, which will serve both the organization and the public interest.”

In 1982, the Public Relations Society of America (PRSA) defined PR as “public relations helps an organization and its publics adapt mutually to each other.”

Finally, in 2012, PRSA incorporated this essential word into the true definition of PR.

Every post, every blog, every call to the media, should be part of a clearly defined, agreed-upon strategy that ties in all a brand’s marketing programs, including PR. So stop throwing wet noodles against the wall and start incorporating a strategy into your marketing campaigns.

Site by Agents of Creative