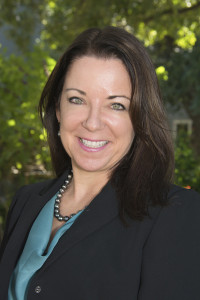 Jeannine has worked in public relations for the past 30 years in the United States, Russia and the United Kingdom, where she directed campaigns for some of the world’s most iconic brands, including Phillip Morris and Pebble Beach Resorts.In Moscow, Russia, she was PR director of The Anglo-American School of Moscow, where she conceived an aggressive public relations campaign that increased admissions by 20 percent for the international school’s new $42 million campus.
In the UK, she managed PR for Tiger Balm, Full Marks and the consumer giant Dr. Scholl’s (called Scholl in the UK). Her Scholl engagement campaigns resulted in continuous media engagement, along with a changing perception of the heritage brand as a progressive, cutting-edge solution.
Most recently in the UK, she was director of Public Relations for Mobas, where she created and implemented PR and social media campaigns for brands that included Elanco Companion Animal Health (an Ely Lilly company), Novartis Animal Health, Eat Drink & Fly, Countryside Properties, AllClear Travel, Reynaers, Taylor Vinters and Spire Cambridge Lea Hospital.
Jeannine launched the aluminum giant Reynaers to the North American market, positioning the global brand as a new U.S. leader in its industry. Her PR campaign for UK Reynaers won a national industry award.
Here in the US, she and the Pure Energy PR team are experts at creating and implementing public relations, marketing, digital and integrated public affairs campaigns for clients regionally, nationally and globally.
Jeannine graduated from Northeastern University in Boston with a journalism degree. After nearly a decade of living in Cambridgeshire, England, Jeannine lives in Austin, Texas.