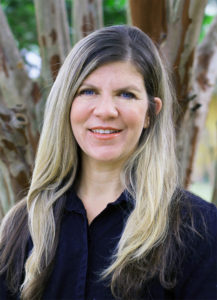 Allison Newsum is a savvy design professional with more than 15 years’ experience in publishing, advertising, packaging and technology.

Allison has designed a number of trade publications and textbooks for a variety of clients, including Publisher’s Resource Group, Futura Publishing, Pearl Production, National Instruments, the Texas Mining and Reclamation Association and the Texas Pipeline Association.

She began her career in Austin with educational start-up Thinkwell and was responsible for creating information graphics and educational content for the interactive textbook company. There she was promoted to Lead Designer and created the first packaging for the product.

In 2001, Allison moved to New York City to work for Giga Communications in Soho, where she helped produce ads for high-end clients like Baume & Mercier and Cartier. Additional projects included catalog design for Victorinox Swiss Army’s watch and knife products.

The city of Austin’s pull is strong, and she eventually returned home. The next several years she designed for American Achievement Corporation/Commemorative Brands. In that role, she created dynamic brand collateral for a variety of in-house nationally known brands, including ArtCarved, Balfour, Keystone and Keepsake, as well as POP design, which was placed nationally throughout Wal-Mart, Gordon’s and Kay’s Jewelers locations. She was also part of a team that created a presentation for the NY Yankees Championship ring, which Balfour was awarded. Her position required a keen attention to emerging trends in order to attract and keep the highly competitive teen and millennial market.

Allison graduated from University of North Texas with a Bachelor’s Degree in Fine Arts with an emphasis on Communication Design.