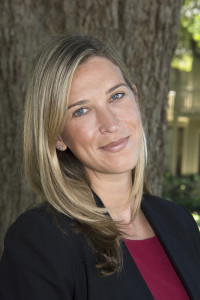 Christian is a well-respected communications professional with nearly 20 years of experience.

As president of Pure Energy PR, LLC, a boutique communications firm, Christian serves a variety of clients from the traditional, alternative and renewable energy spaces. She has gained deep-rooted knowledge of the energy sector and has developed strong relationships with key stakeholders, including regulators, policymakers and the media.

Before founding Pure Energy, Christian served as a vice president at the Austin office of Cohn & Wolfe Read-Poland, an international public relations firm. While serving in that role, she was responsible for managing the corporate/public affairs team on a variety of client accounts.

Prior to joining C&W in 2007, Christian served as a public affairs specialist for Marathon Oil Corporation in Houston, Texas, where she managed the public affairs activities of three core production business units.  While at Marathon, most of Christian’s time was spent in the Powder River Basin of Wyoming and Montana where she was responsible for driving several coal-bed methane outreach campaigns.

She began her career as project coordinator for The Earth’s Birthday Project, a nationally recognized educational non-profit organization. In this role, she promoted the organization’s environmental goals to national media.